Euphoria is a teen drama created by Sam Levinson and produced in conjunction with A24. Focusing on the lives of various high school students, it shows how they navigate a world filled with various types of violence, from public harassment and sexual abuse, to neglect, anxiety and loneliness. The series is narrated from the perspective of Rue, a drug addict teenager who spent the summer in rehab and has no plans to stay sober. Each of the main characters has their own episode. Rue tells a specific moment of their childhood to put us in context with their personalities. Based on this, I developed a landing page that externalizes the identity of each of the characters in a visual way emulating as if we’re inside Rue's mind. Through the navigation of the landing, Rue tells the story of each one establishing a timeline, starting from childhood to present day. I developed symbols and two-color gradients based on each character's personalities and Rue's perception of them and of herself. 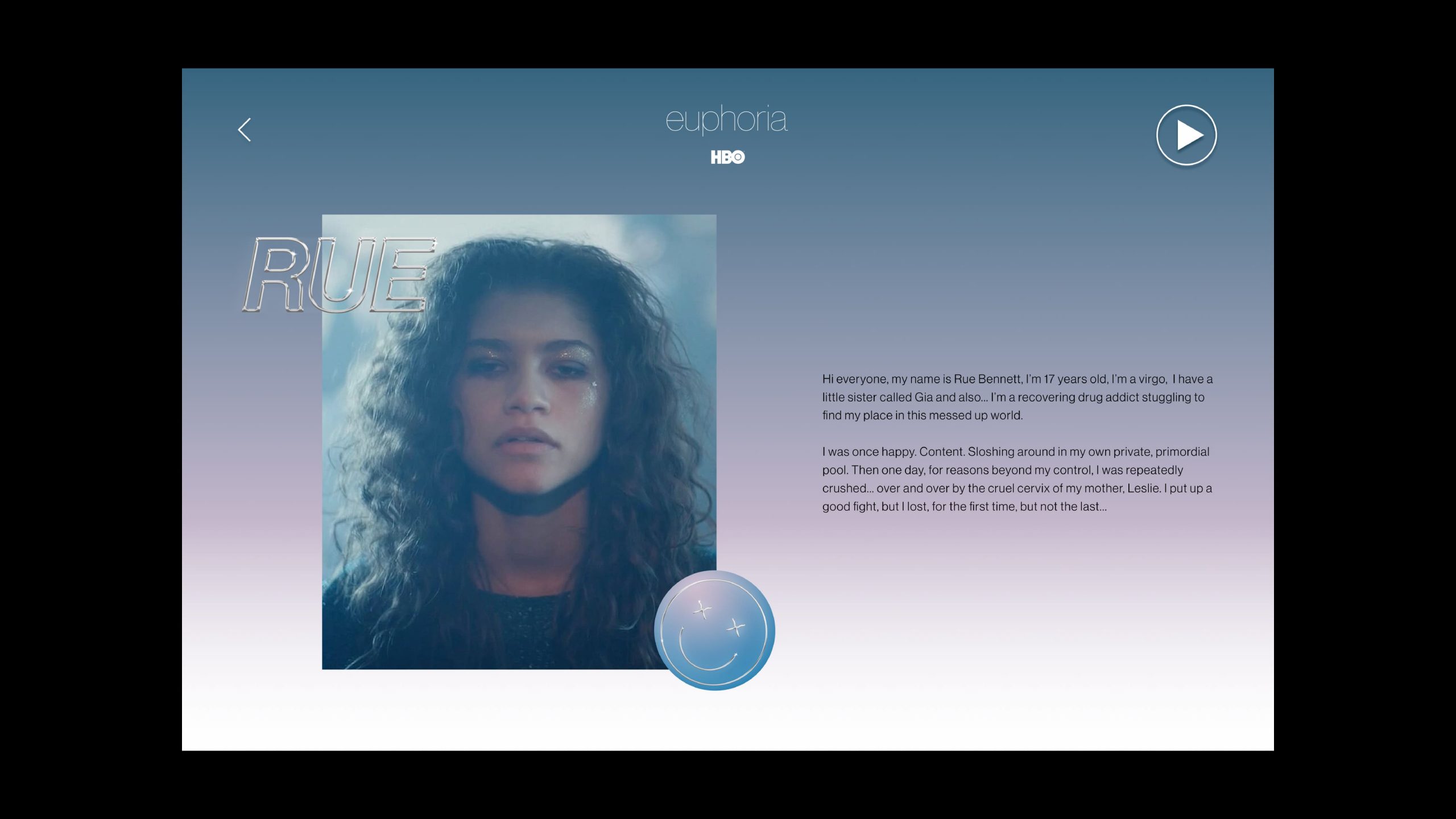 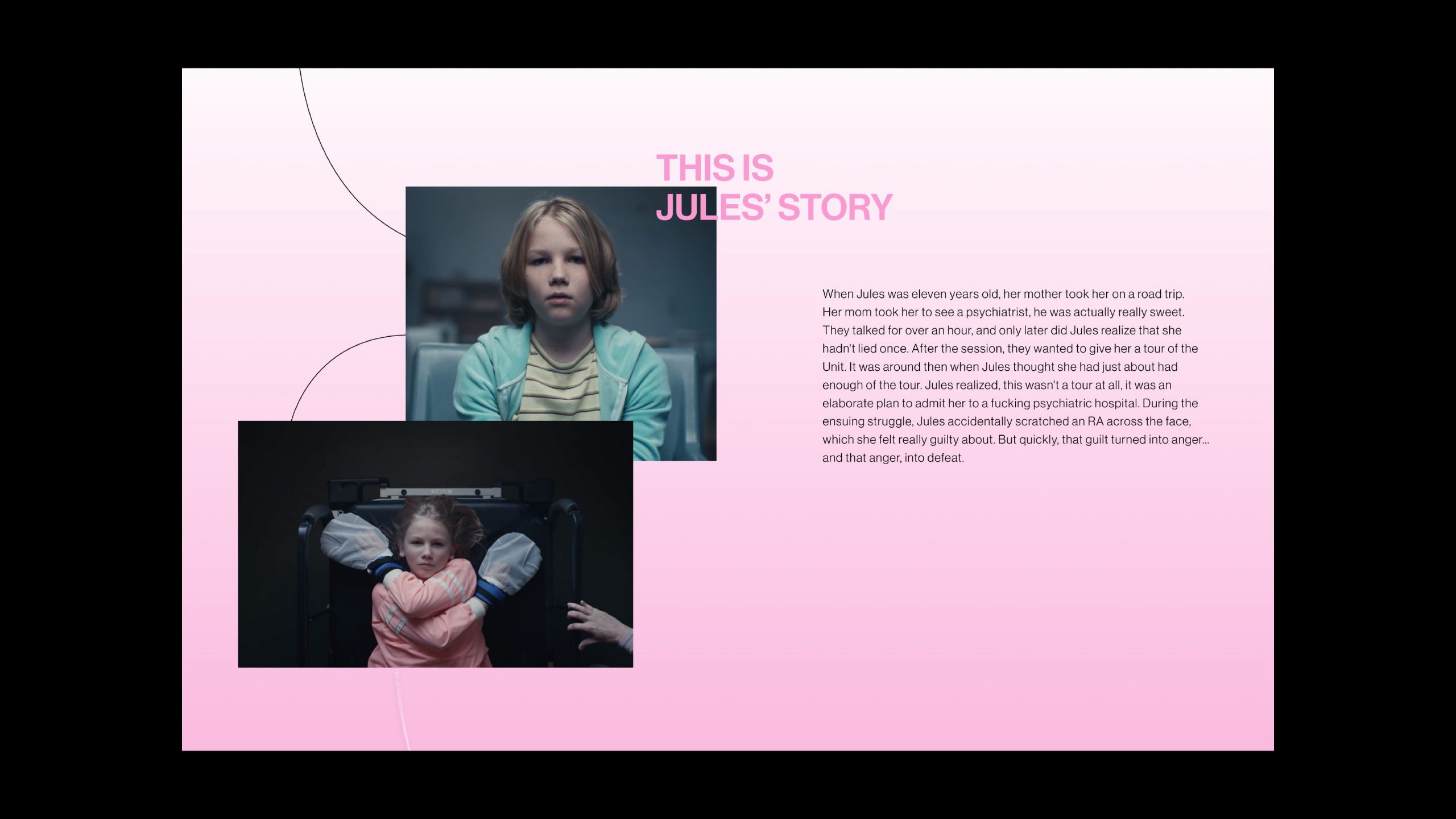 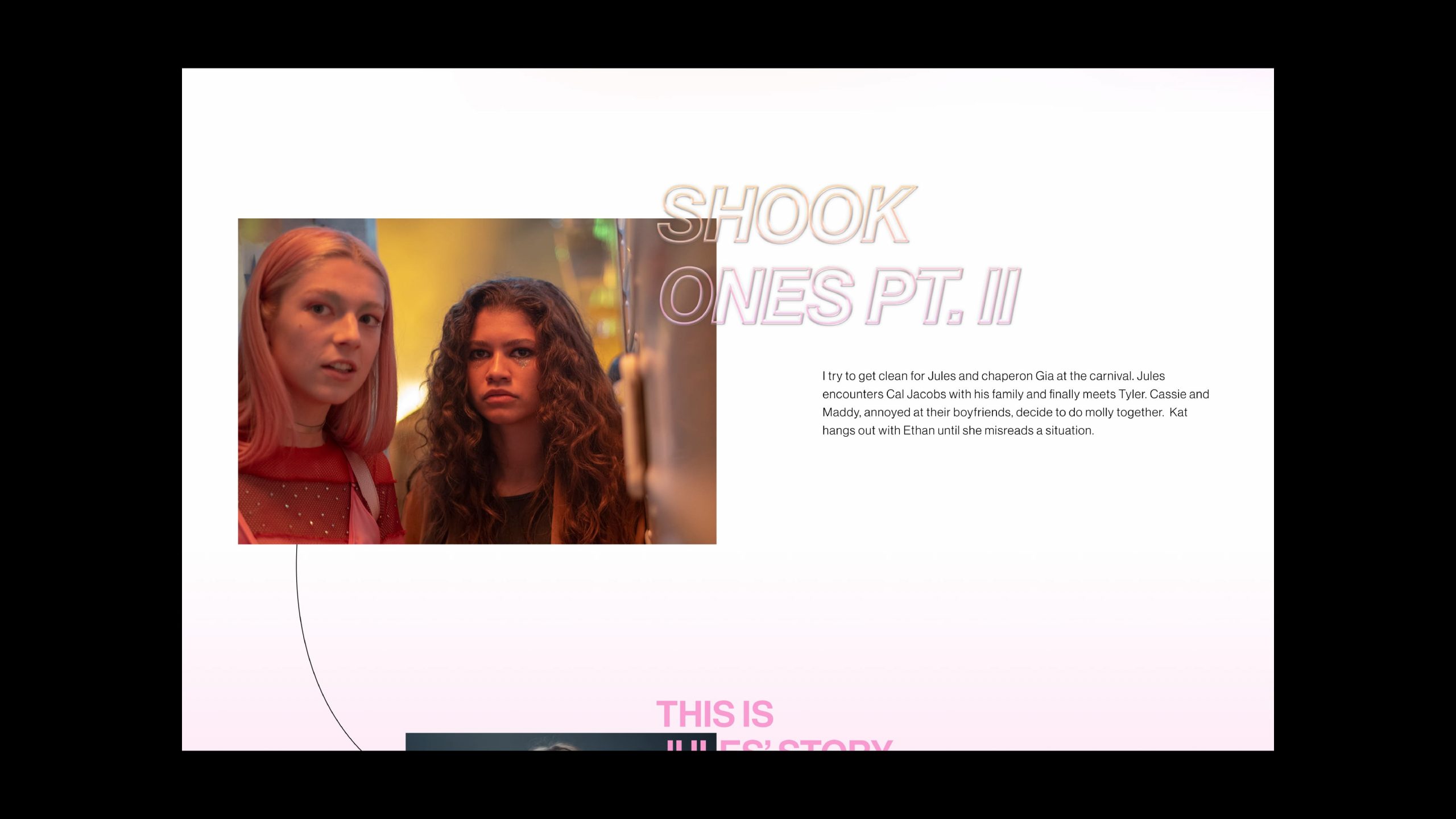 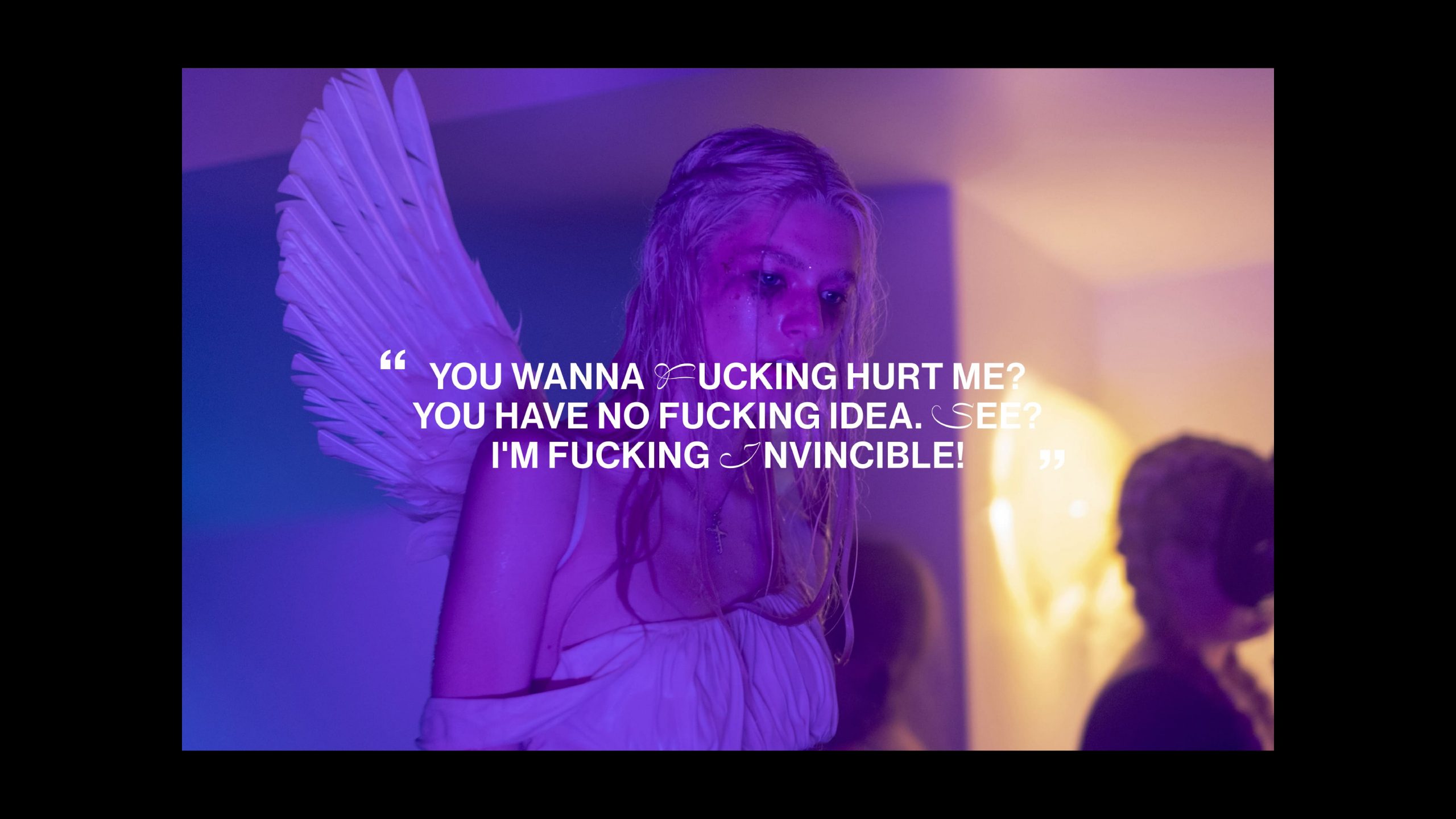 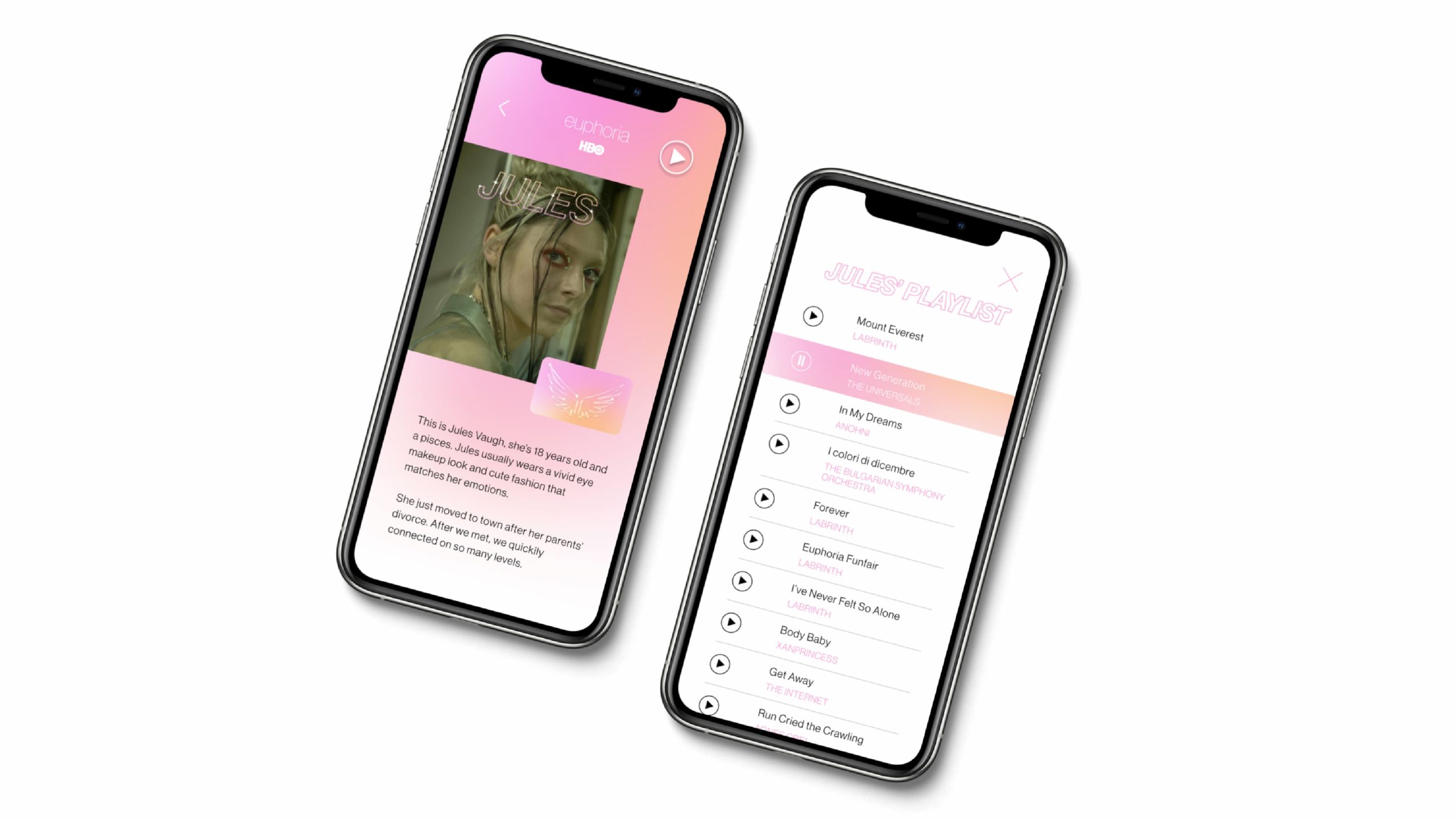