Today "La casa de papel", also known as "Money Heist", is the Netflix production among the most viewed and known in all countries of the world. Certainly the strong point of this story are the characters, each named with a different name from a city in the world: nobody is known by his real name. Each has its own quality and with each of them the public can empathize more. For this reason, I chose to tell the story of the professor and his gang through a map on which I placed pins, through which some details of the characters and the locations where the series was recorded can be discovered. Furthermore, the user will be able to "join" the band as a new recruit: by clicking on the Dalí mask button, he can write any city in the world. When the name has been chosen, authorizing the use of the camera, the user will be photographed with the Dalí mask placed on his face (a photograph that can be shared on social networks) and a pin with his face located on the map will appear. Finally, the idea can also be applied on the MUPI screen on the streets of the city, promoting interaction with people who are walking nearby. 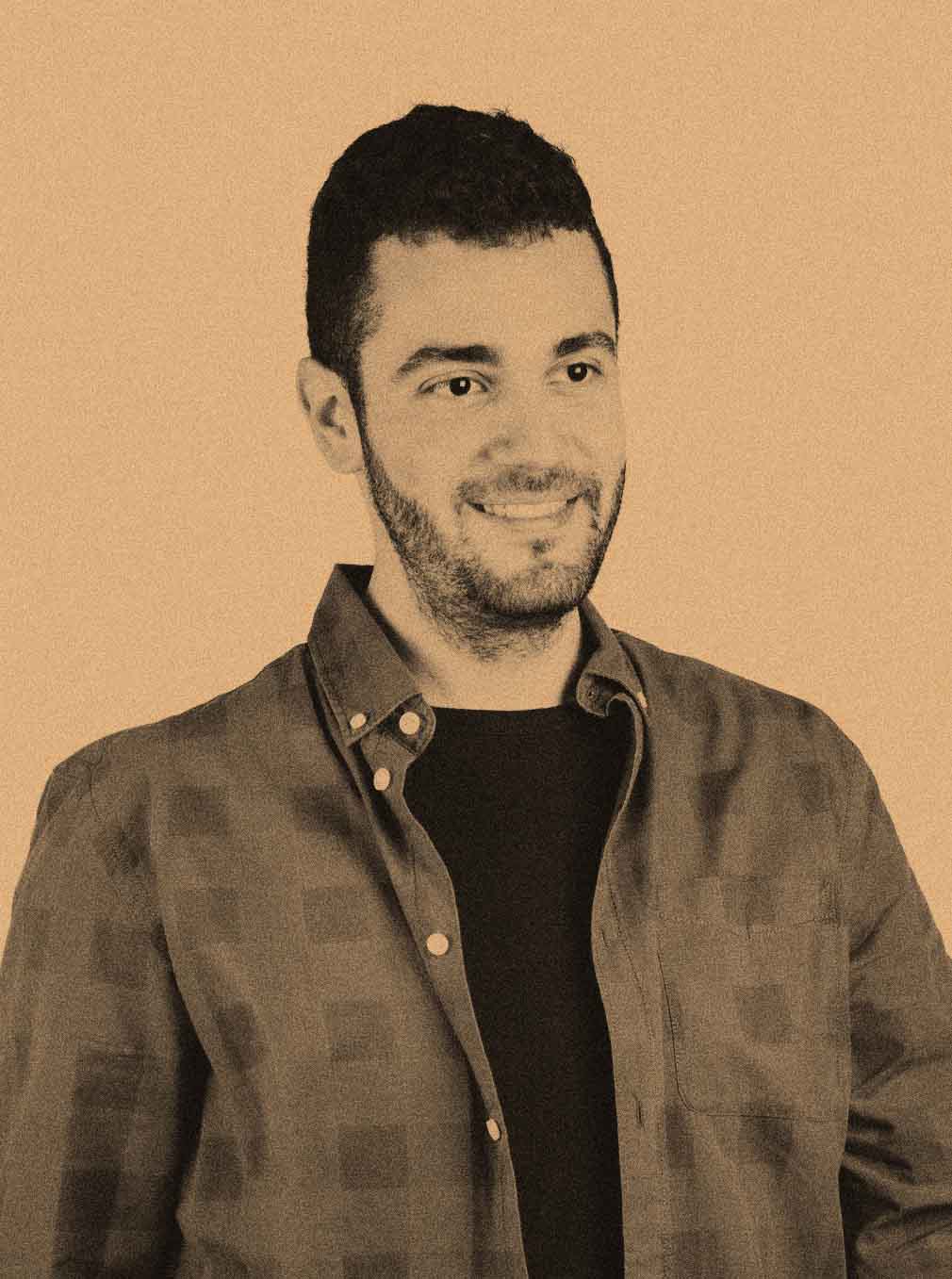 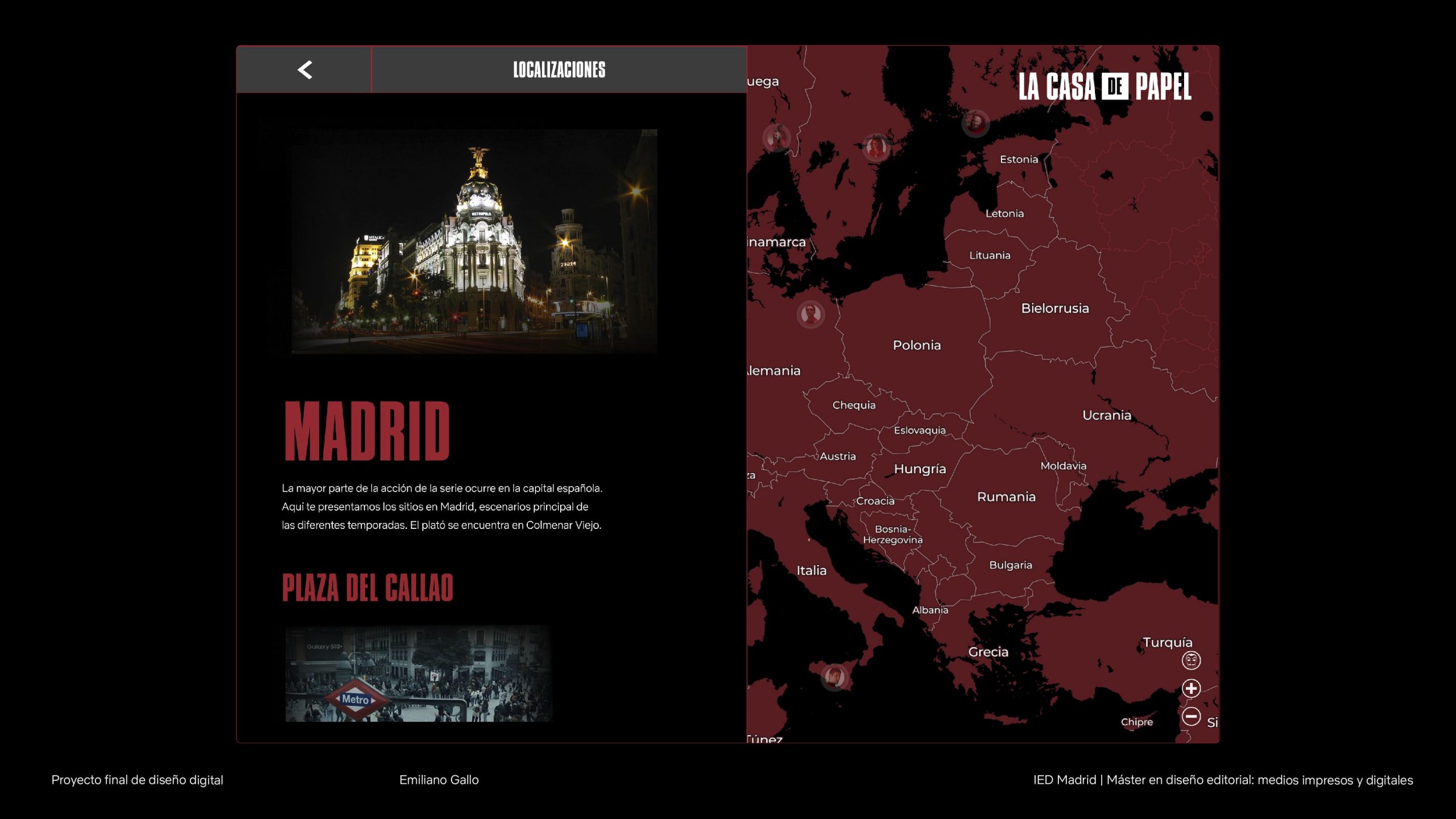 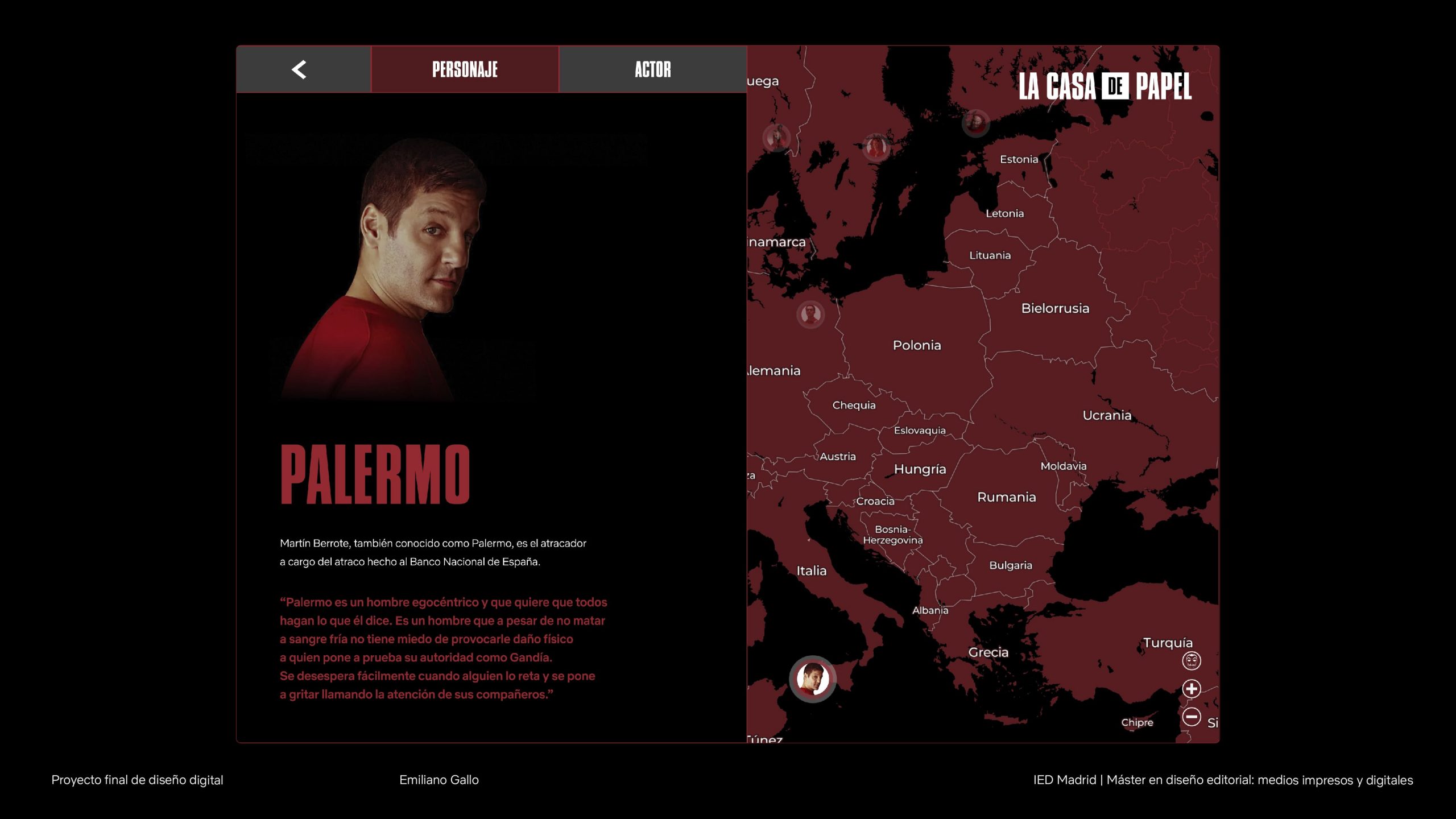 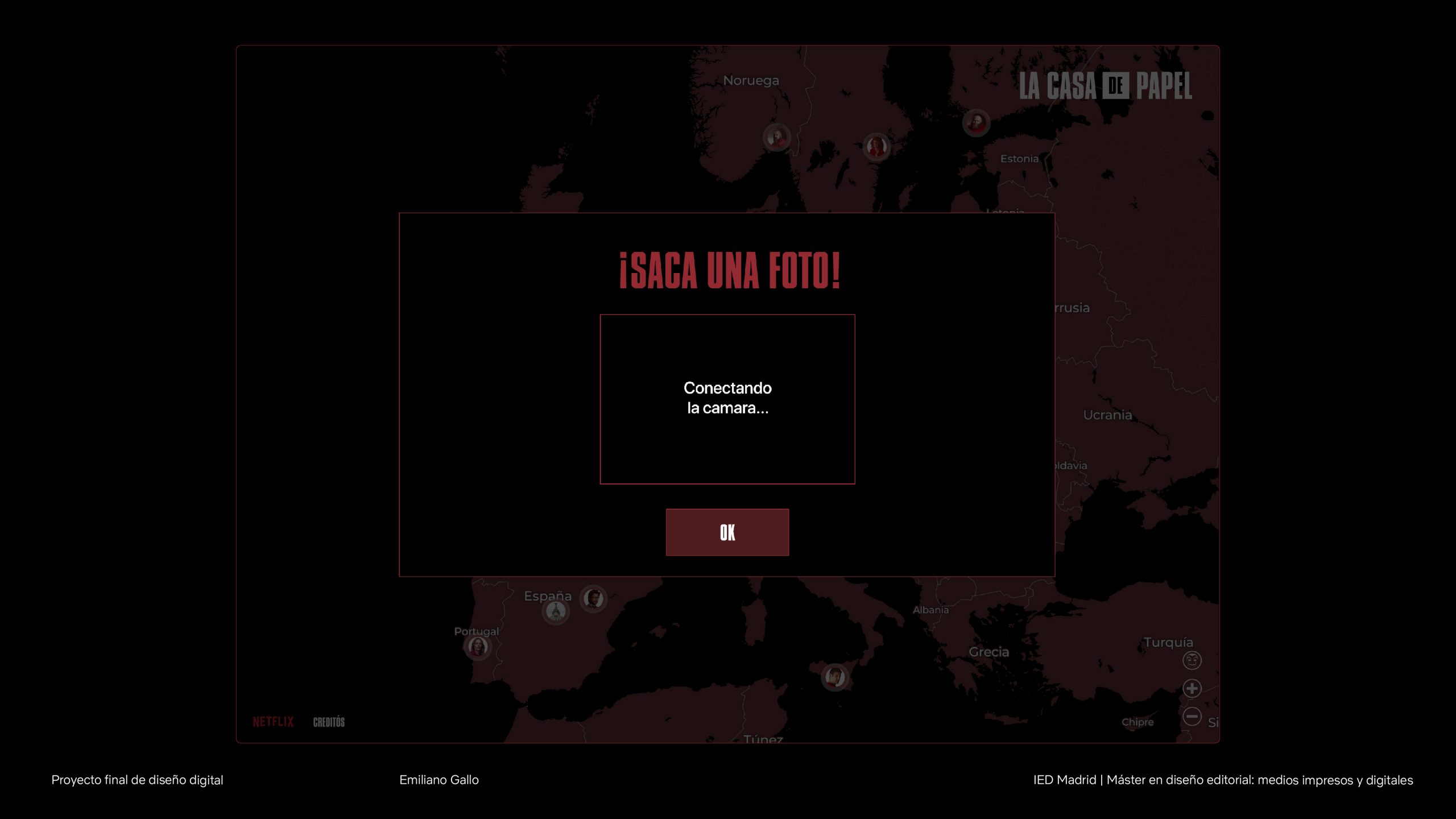